The inauguration ceremony marked both the opening for business of the two new berths, Berths 25 and 26, and the completion of ICTSI’s overall USD250 million investment programme at its Basra Gateway Terminal (BGT).

Located in Umm Qasr’s North Port, BGT operates a high capacity container terminal together with specialised facilities for the handling of general cargo, ro-ro, dry bulk and project cargo for the oil and gas sector.

Earlier development included the construction of Berth 27, adjacent to the new berths, with the three berths now offering a combined continuous berth length of 600m. Design depth alongside Berths 25 and 26 is 14 meters.

The two new berths are extensively fitted out with state-of-the-art container handling equipment and I.T. systems. Three new quayside gantry cranes, each with an outreach of 56 meters and able to handle up to 21 rows of containers on the deck of a vessel, are installed on the quayside. On the landside seven new, six high stacking, rubber-tired gantries (RTGs) join three existing units bringing the total fleet to 10 RTGs.

“ICTSI’s completion of our multi-phase USD250 million investment programme highlights our commitment to Iraq and our readiness to meet the challenge of providing much needed, brand new, port infrastructure and handling technology. We are pleased,” he continued, “to lead the way for Umm Qasr to serve higher capacity container vessels, up to and including the so-called ‘New Panamax’ class (14,000TEU), and as  a result to open the door for cargo importers and exporters to benefit from substantial scale economies.”

BGT already receives direct calls from a number of shipping lines but traditionally these vessels have not been fully utilized due to draft limitations. The latest berth development removes this limitation plus encourages other shipping lines to introduce larger vessels with the resulting cost and efficiency benefits passing directly to cargo owners.

BGT has also undertaken, as part of its investment programme, a range of works that provided value-added services in addition to the core container handling and storage processes. Dedicated areas for reefer handling, export container stuffing and secure truck parking have been developed and currently a 10-hectare yard expansion is underway to cater for future growth.

Outside of the container sector BGT has also implemented significant investment into the terminal complex’s ro-ro facilities with this including dedicated warehousing and secure areas. Similarly, specialised handling services and facilities have been established to accommodate the efficient handling of project cargo for the oil and gas sector including secure open storage and warehousing.

Phillip Marsham, Chief Executive Officer, BGT said on the occasion of the inauguration: “This is the start of a new era in Iraq’s Port industry. As Iraq’s economy continues to grow, it is imperative to create the necessary port capacity for the future. ICTSI is proud to lead the way in this field and to be the No 1 private sector investor in new port capacity supporting economic growth in Iraq.” 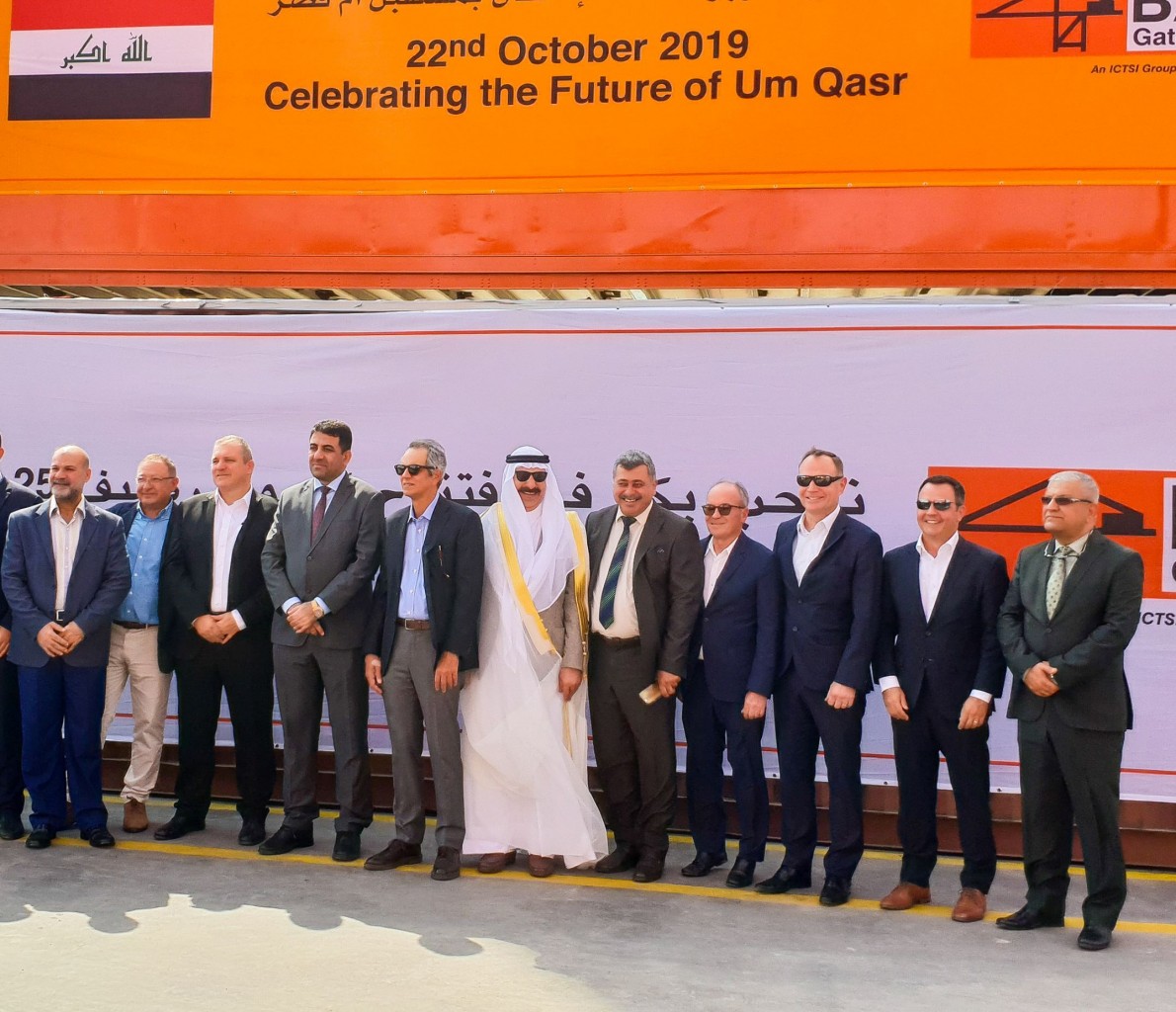 About Basra Gateway Terminal
In 2014, ICTSI signed a contract with the General Company for Ports in Iraq to manage, operate and rehabilitate terminal facilities in North Port Umm Qasr, Iraq and to develop and expand container handling capacity via new infrastructure development. Iraq’s largest port and primary gateway, BGT is the only dedicated container terminal in the country with leading-edge port technology. (www.ictsiiraq.com)