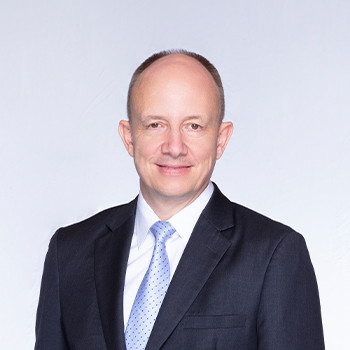 Mr. Kjeldsen is the Senior Vice President, Regional Head - Latin America of the ICTSI Global Corporate. Prior to his current role, he served as Head of Latin America portfolio for APM Terminals until January 2017. Before moving to Latin America, he was appointed as portfolio Chief Operation Officer for Global Ports Investment PLC. (GPI, PLC.) in Russia for 3 years.

Prior to his role in GPI PLC., Mr. Kjeldsen was CEO of APM Terminals West Med where he was responsible for a total of 5 million TEU capacity, being the business units in Algeciras and Tangier. He joined the A.P. Moller-Maersk Group in 1991. During the last 29 years, he worked in most disciplines of the container terminal industry. He has been involved in terminal operations in most parts of the world such as Denmark, Germany, Netherlands, Spain, Russia and Panama.

Mr. Kjeldsen is an officer from the Danish Army and undertook several executive development programs at Wharton and IMD.