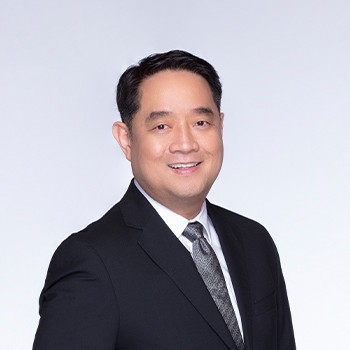 Mr. Alipio is the Senior Vice President, Global Financial Controller of ICTSI* effective July 1, 2021. Before his current role, he was also the Chief Risk Officer and Vice President for Business Process, Strategy and Controls form March 6, 2019 up to September 30, 2020. Prior to this, he was Vice President for Audit and Compliance from February 2014 to March 2019.

Prior to his work at ICTSI*, he spent a decade working for the San Francisco-based, Elan Pharmaceuticals, holding several positions such as Internal Control, Senior Director, R&D Finance, Vice President of BioNeurology Finance and the Vice President of Internal Audit & SOX.

He is currently a Director for ICTSI DR Congo S.A.

A Certified Internal Auditor and a Certified Public Accountant, Mr. Alipio is a graduate of University of the Philippines, Diliman.